As a second wave GFF country, the government of Cameroon is seizing the GFF opportunity to revitalize the national response to reproductive, maternal, newborn, child, and adolescent health (RMNCAH) while also improving coordination in the health sector.

Cameroonians themselves shoulder the majority of the financial burden related to health care, with more than half of total health expenditure coming from out-of-pocket expenditures. This situation exacerbates economic disparities as well as constrains equitable and sustainable reproductive, maternal, newborn, child, and adolescent health (RMNCAH) progress. For instance, in 2012, only 19 percent of women among the poorest 20 percent delivered with the assistance of a skilled provider compared to 97 percent among the richest 20 percent (UNICEF, 2012). Such inequities are further compounded by a geographic concentration of poor Cameroonians in North and Far North Regions (World Bank, 2015).

The government is using its health sector strategy committee as the country platform for the GFF. The two technical working groups are focusing on the development of the Investment Case and on the preparation of the health financing strategy. In addition to these structures, the government has taken a very inclusive approach to the process, with the initial launch attracting 200 people from civil society organizations, the private sector, and development partners, as well as government.

The Investment Case has focused on identifying in an evidence-based manner the areas where progress has lagged and the constraints to achieving RMNCAH results. It is centered on several broad areas, particularly maternal, neonatal, and adolescent health and nutrition. It is focusing particularly on four regions with the worst RMNCAH performance (three regions in the North, and the East). The Investment Case is being developed to address crosscutting health systems challenges and catalyze improvements in the quality of care, medical drugs and commodity supply chains, and health information systems, including civil registration and vital statistics systems. The Investment Case will also include innovative high impact interventions, such as (1) a development impact bond to attract private financing to make increased resources available immediately to scale up Kangaroo Mother Care; (2) cash transfers to support adolescent girls; (3) results-based financing to enhance girls’ education; and 4) initiatives focused on strengthening community health structures.

All of the major financiers of the national RMNCAH response in Cameroon have been involved in the process of developing the Investment Case. The process of identifying commitments to financing the Investment Case—including from the national government—is expected to take some additional time after the completion of the technical work on the Investment Case. Many of the main financiers in Cameroon, including Gavi, the Vaccine Alliance, the Global Fund to Fight AIDS, Tuberculosis and Malaria, the United Nations Population Fund (UNFPA), the United Nations Children’s Fund (UNICEF), the World Bank, with resources from both the International Development Association (IDA) and the GFF Trust Fund, and the governments of France and Germany have either committed to aligning their financing in support of the Investment Case, or to actively consider doing so. To support this alignment, a resource mapping exercise is being carried out, with the support of the RMNCH Trust Fund. 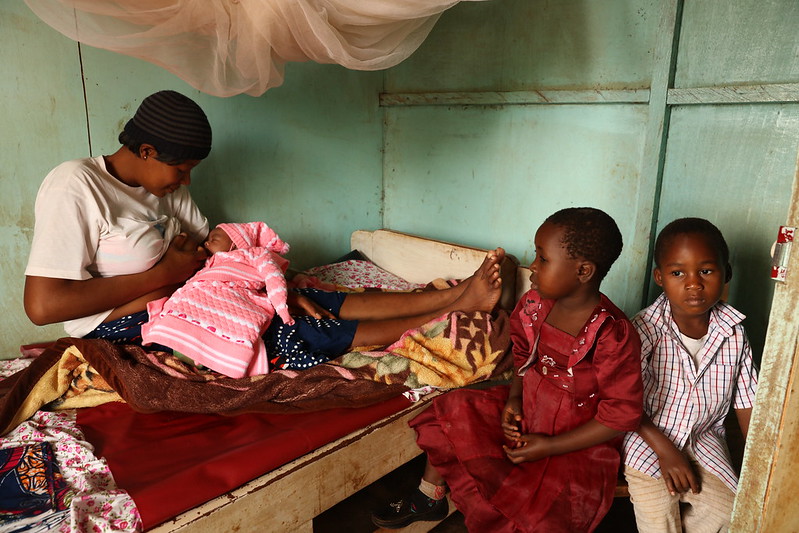